Britain’s first fusion reactor will be built in the Midlands 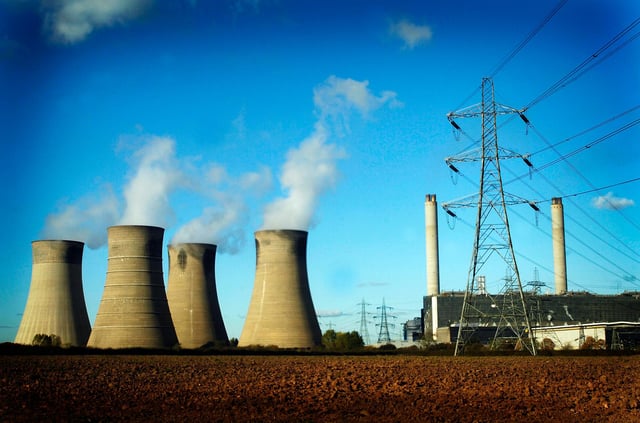 The Spherical Tokamak for Energy Production (STEP) plant demonstrator will be built at the former West Burton power station in the United Kingdom. The power station will help get fusion power ready for commercialization by adding net electricity to the grid in the 2040s.

To harness the energy created when nuclei are forced together, in a manner analogous to the processes that power the Sun, is known as nuclear fusion. The possible gains are enormous. In contrast to traditional fission plants, this technique would generate carbon-free baseload power without producing any long-lived radioactive waste. However, scientists and engineers face substantial technological obstacles before they can prove fusion as a viable energy source. Until now, fusion experiments have required more input energy to fuse nuclei than was produced.

By 2024, the UKAEA is scheduled to have completed a concept design for STEP, which will serve as a blueprint for the facility and detail how the organisation plans to implement its design for the plant’s several primary systems. The authority wants to employ a spherical-shaped reactor rather than the ring donut-shaped reactor that is preferred in other designs to create a more compact facility than previous fusion energy programmes in the name of cost reduction. It thinks this will make the magnetic fields that contain the plasma fusion fuel more effective.

“Selecting the location of the STEP prototype plant is a big, visible event in the complex and long-term endeavour of getting fusion energy to the grid,” said Ian Chapman, CEO of the UK Atomic Energy Authority. West Burton’s rich industrial past makes it an ideal candidate for the STEP program’s focus on adapting existing infrastructure to meet the needs of a low-carbon future. From fossil fuels to fusion power, indeed.

According to the UK government, hundreds of high-skilled jobs will be created during building and operations for the STEP programme, and it will also draw other high-tech firms to the area. This document reveals that discussions about the creation of apprenticeship programmes have begun with local businesses.

Local interest group Midlands Engine’s chairman, John Peace, expressed his satisfaction with the government and UKAEA’s choice to locate the STEP fusion prototype in West Burton. The location offers great potential to increase economic activity, job creation, and productivity in a region that has been chronically underinvested. The facility will be more than just a power plant; it will also serve as a research and development hub for the fusion energy industry worldwide.

“Fusion has the potential to be transformative for the way we produce energy here in the UK,” said Martin Freer, director of the Energy Research Accelerator (ERA), a partnership of universities in the Midlands. Using heat to produce hydrogen and synthetic clean fuels — other areas where our region and ERA have expertise — it may give a nearly unlimited supply of safe, clean electricity and help with the hardest decarbonisation difficulties. The UKAEA has been a great partner, and we’re excited to continue working with them on this fascinating initiative by using the region’s world-class expertise and innovative capabilities.

The government of the United Kingdom announced a fusion strategy last year outlining their plans to demonstrate the technology and create a world-leading fusion sector. An unprecedented sustained increase of energy was achieved by UK fusion experts earlier this year, providing the most compelling evidence in a quarter of a century that the technique can generate large amounts of low-carbon energy. The United Kingdom Atomic Energy Authority (UKAEA) has partnered with the United States’ Common Fusion Systems (CFS) to hasten the commercialization of nuclear fusion power through, among other things, the exchange of fusion experiment data and the development of joint fuel cycle and systems integration models and advanced manufacturing capabilities. Despite the technology’s potential to usher in a new era of clean energy, it won’t be refined fast enough to achieve mid-century climate targets for carbon reduction.

The initial stage of STEP is being funded by the United Kingdom Government at a cost of £220m (about US$244m). Ardeer in North Ayrshire, Moorside in Cumbria, Goole in East Yorkshire, and Severn Edge in Gloucestershire are the other places in the United Kingdom that made the STEP shortlist.