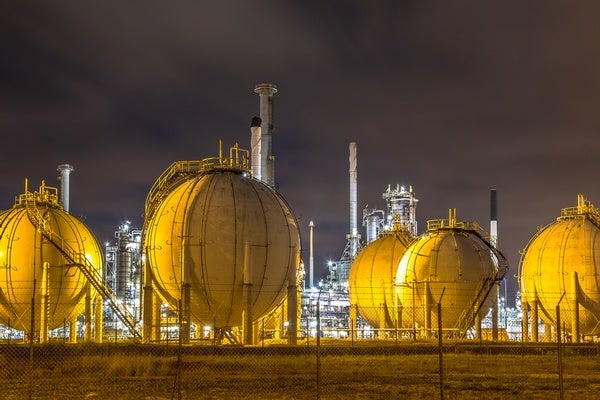 Media reports are consistent: Europe is in the midst of gas supply instability at a time when energy and raw material prices are skyrocketing. This is connected to Russia’s ongoing war with Ukraine.

The element methane makes up the bulk of natural gas. The chemical sector has one of the highest per capita gas consumption rates. About 25% to 50% of the natural gas is used as a raw material, while the balance is converted into steam and electricity.

Among fossil raw materials, natural gas stands out for its usefulness in the chemical industry, as this clever image demonstrates.

Many critical building blocks are made from natural gas. Both ammonia and methanol are crucial, although ammonia is more so. Oil/naphtha, biomass, and coal are also frequently used as inputs when manufacturing basic chemicals like methanol, ethylene, and propylene.

Hydrogen and carbon dioxide, two useful byproducts, are produced by both processes based on fossil fuels. When coal is utilised as a feedstock, only half as much hydrogen is produced per carbon molecule as when methane is steam-reformed. While both methods generate substantial amounts of carbon dioxide, the feedstock value of CH4 is significantly higher.

Most of the hydrogen used today comes from steam reforming natural gas. For instance, hydrogen is essential in the manufacturing of ammonia and numerous other compounds. Hydrogen could also play an important role in the future of sustainable energy-carrier and energy-storage applications.

There is a lot more going on here; let’s take a look at a radical simplification.

The same concept applies here; less carbon dioxide is produced during conversion if the hydrogen content of the hydrocarbon raw material is increased, and hence the energy content. The usage of chemical byproducts and the operating conditions (such as coking, which increases energy requirement) can affect this, though (e.g., flue gas, hydrogen). There are a number of potential alternate approaches to securing the future raw material basis, including the employment of novel recycling techniques and biomass.

Producing Energy for Use in Facilities and Operations

In addition to being the primary source for the generation of power and steam, energy is largely derived from fossil fuels. The complexity of the (re-)processing stages needed for energy production varies among fuel types. In contrast to the comparatively clean combustion of methane, coal requires a sophisticated flue gas cleaning system. Methane’s high energy density means it generates less CO2 than any other fossil fuel.

Electrifying processes and making the switch to climate-neutral or renewable gas and hydrogen are two ways the chemical sector might gradually replace natural gas in the next decades, opening up potential emission reduction options.

There are no easy remedies, but there is hope that this crisis will hasten the industry’s shift away from fossil fuels to green electricity. The difficulty, though, lies in completing this shift while retaining your competitive edge. In addition, massive investments in capital are needed for such a shift.

CH4 has shown to be an especially valuable fossil fuel in Europe. Carbon dioxide is produced during the conversion process, albeit at a lower rate than when utilising coal or petroleum. As a result, Europe was able to maintain its competitive edge while cutting carbon dioxide output. But since methane is significantly more climate destructive than CO2, it is essential that there be no significant methane losses during extraction and transport.