A possible step toward molecular electronics 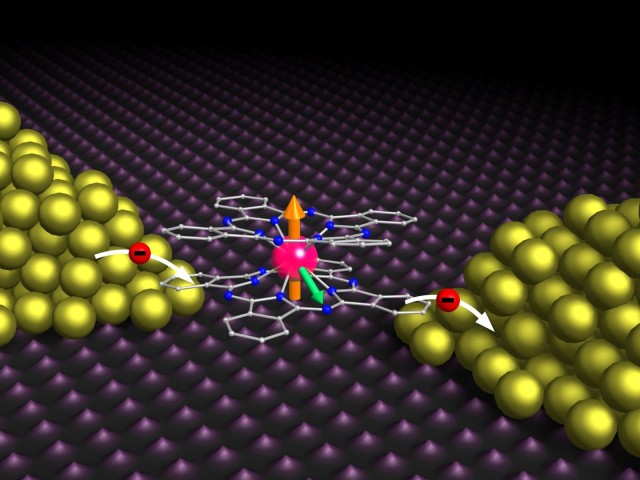 Various demonstrations have highlighted the benefits atomically thin materials may offer to electronics: tiny size, outstanding performance, and unique features. Most of these demonstrations needed hand-assembled electronics. Graphene is generally put randomly on a surface, and the wiring is created around it. It’s not mass-production-ready.

Progress is restricted. Graphene and molybdenum disulfide were used to produce the tiniest gate transistor. Two atomically thin materials were put carefully but not perfectly. Excess material was etched away, and a critical feature was sliced from graphene.

This week, chemistry was used to build microchips. Graphene and molybdenum disulfide were connected using a single molecule that could react with both. The bridging molecule’s chemistry affected the device’s behaviour.

Graphene and molybdenum disulfide create one-atom-thick sheets due to chemical bonding. Different features make them a useful combo. Molybdenum disulfide is a semiconductor, and graphene conducts effectively (although it can be converted into a semiconductor given the right environment). Typically, gadgets made from the two materials are stacked. Van der Waals forces bind them.

Spain-based organisation decided to develop something stronger. Many substances can break in-plane linkages and chemically bind to the sheet’s surface. This reaction, at high enough quantities, would tear the sheet. As long as reaction levels are low enough, the sheet will remain intact and have a thin chemical coating.

Graphene was put on a silicon substrate and surrounded by electrodes to build a device. Silicon might govern current flow across graphene from electrode to electrode. This allowed researchers to investigate its chemically altered behaviour.

Attaching additional compounds to graphene can fine-tune its conductivity. A library of bridge molecules that modify graphene’s behaviour may be possible.

The finding also implies that chemistry may be used to produce multi-atomically thin functional structures. It may be possible to put down a layer of graphene, etch away everything unnecessary, and then utilise chemistry to attach another atomically thin material. This might prevent random material placement on a tiny device.

We could enhance efficiency and make this a production approach. But the method needs improvement.